Day two was not as easy peasy as I hoped and thought it might be. I mean, in theory, the day should have been easier, but everything tends to be much easier in theory.

1. This house renovation project should be turned into a drinking game. Everyone watching at home take a shot when I make a trip to Lowe’s or Home Depot. By the end of the today you should have taken at least seven shots.

2. Being a homeowner might workout well for my dating life. Both the Home Depot and the Lowes in T-town are staffed with many handsome and able-bodied young men who might be able to help me with various projects. Score!

3. Never assume that whatever project you’re working on is going to be easy. You’ll almost certainly be wrong.

4. Choosing a paint color is very difficult, but you should definitely make use of the different light boxes at the hardware store and get some sample colors to try on your walls.

5. Plan on spending a lot of money. Ugh.

This morning began with yet another trip to Home Depot AND Lowe’s to reassess the original paint samples that I had decided on yesterday. After looking at them on the walls in daylight and incandescent light, I decided that I didn’t exactly love them. I was hoping that the colors would grow on me over night, but realized that I should probably look for different shades of my teal, coral, and grellow (green-yellow).

With new colors selected, we returned home to try them on the wall as we continued to sand and prep the wood molding and doors around the room. 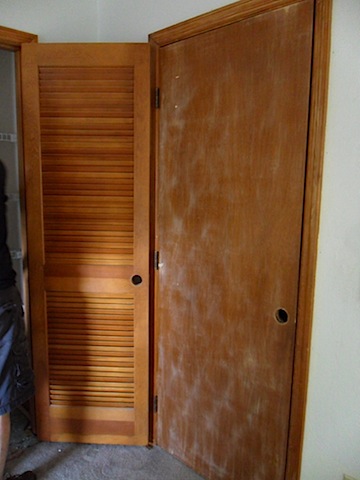 I also selected a darker neutral for the wall, which will make both the colored accent walls pop and will stand out against the white windows, doors, molding, etc.

Next up, we started to prime the first room. Here is my dad in action with his fancy-pants paint sprayer. 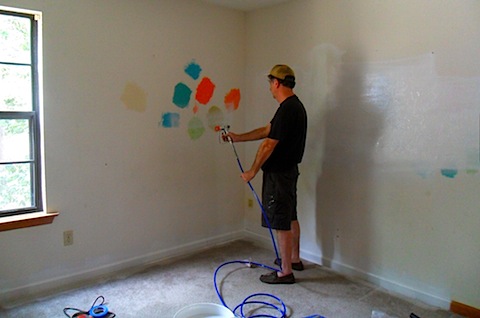 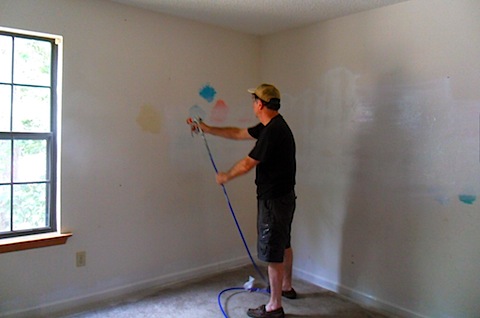 After a coat of primer, the closet doors already look a million times better! 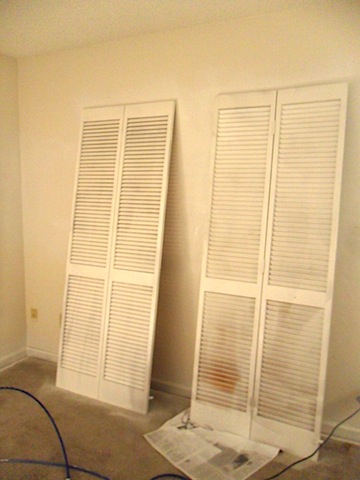 Unfortunately, this whole process is taking a bit longer than we expected and we’re running behind on our timeline.

It’s sort of like one of those HGTV programs where the homeowners set unrealistic time and budget goals for whatever project they’re working on. 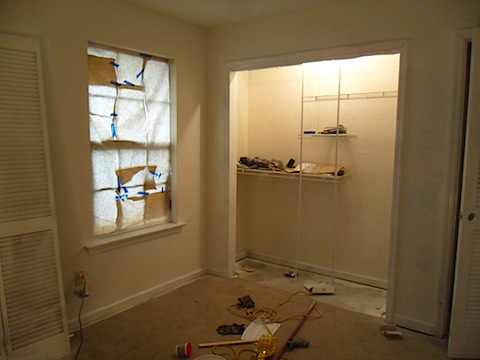 As we’ve been working on my new place, my new across the street neighbors have been doing some serious renovations to their place.

They put a contract on that place after we did and closed before we did. They also seem to be very curious about us, because they stare at us every time we come in and out of the front door.

Aside from the painting projects, we’re also focusing on various smaller projects around the house. Tonight we swapped out the outside porch lights for nicer models, energy efficient bulbs, and a motion-sensor feature.

Before our day was complete, we made another trip to Home Depot (shot!) to swap out the ceiling paint that we purchased earlier in the day that was the wrong kind.

The bedroom is much closer to being finished and hopefully we’ve worked out some of the kinks in the process for tomorrow. The second bedroom/office has already been prepped for painting, so that should cut down on a lot of time tomorrow. Also, since I’m done making paint decisions that should also save time. Maybe we’ll end up accomplishing all the goals we set out for ourselves after all! 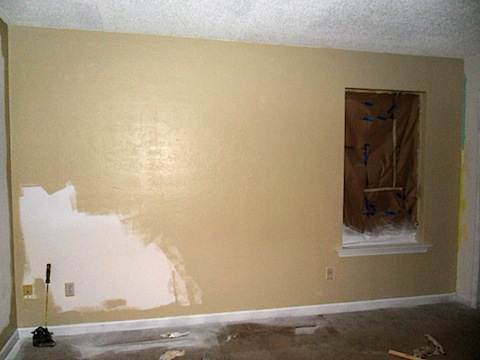 Our late dinner was another T-town favorite… Momo’s Pizza with “slices as big as your head!” 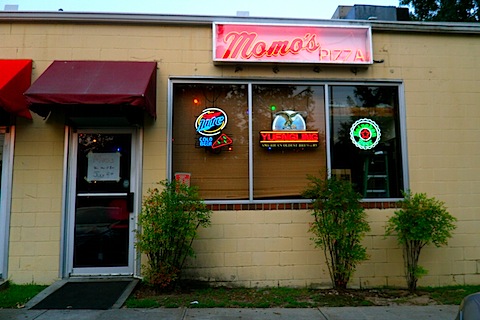 Momo’s always reminds me of my early college years. So many dinners and lunches were eaten at Momo’s. It’s cheap and delicious, but definitely not healthy!

On that note, I’ll leave you with some Playa Lines.

This delightful poster was left on the back of the downstairs bathroom door. I’ve left it up for now, because the pick up lines are too funny.

Playa: Fat Penguin.
Unsuspecting Girl: What?
Playa: I just thought I’d say something that would break the ice.

I’m four years into the adventure of pursing a PhD and I’m still trying to figure out how to balance all the different aspects of my life: friends, family, research, teaching, health, and happiness.

#Project29 is my way of ending my 20s with a bang and documenting the process along the way.

As always, my goal is to Pursue health (and happiness) Daily.